“When you think of the village of Dixboro, you mean the Humane Society of Huron Valley, you talk about Dixboro General Store, and then you talk about the restaurant that was once here, the Lord Fox, ”says restaurateur Sava Farah.

After a four-year renovation of the historic farmhouse of the old restaurant, Farah gave locals a new reason to visit the historic hamlet of Dixboro in Superior Township. This summer she opened The Boro, a luxurious dining experience inspired by Napa Valley – and it is far from the only one drawn to the small town charm of Dixboro.

“Dixboro is an old-fashioned community where people know each other. They walk around and visit each other. There are people who have lived here for generations, ”says Superior Township Supervisor Ken Schwartz. “It’s a sleepy village that’s just starting to come to life.”

Preserve the old, introduce the new

Farah, who lives near The Boro, was drawn to the legendary site as she walked past. It had been operating as a restaurant since 1934, but then went through rough times. The menu includes ingredients from Plymouth’s Gateway Farm, prepared by Chef Louis Maldonado, and desserts by Pastry Chef Annemarie Maldonado. Picnic tables and outdoor seating are spread throughout the rustic property, which stretches all the way to Fleming Creek. Those who prefer to dine out can order pizza, salads, and pastries at The Boro To Go, a take-out operation next door. 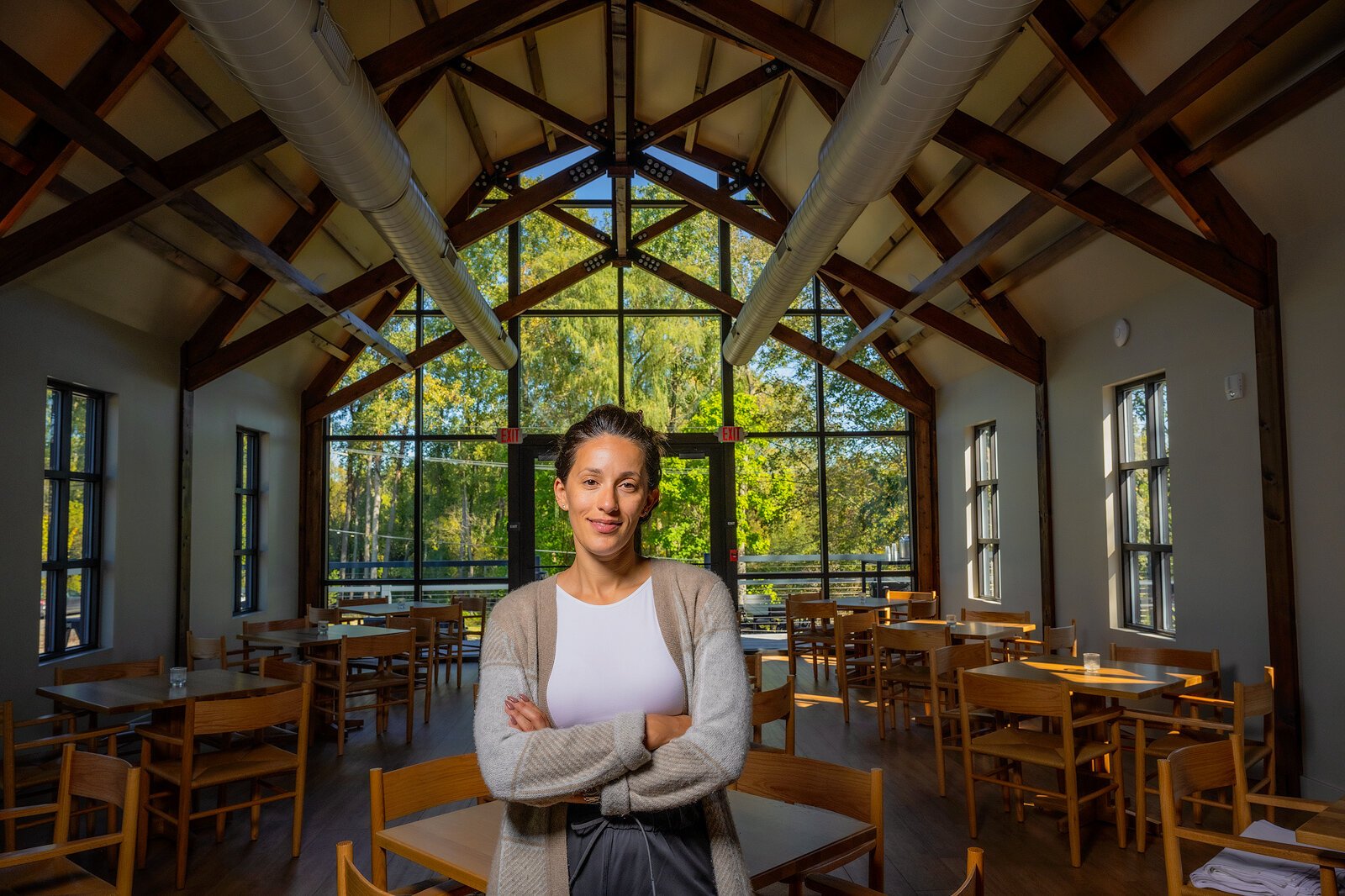 Sava Farah inside the future Dixboro House space.
“I just had a connection to what I saw there. Maybe I felt part of the story, but what I also saw was so much potential in the village and the property.” , remembers Farah.

She began to dream of what it could become. When she learned that it had been sold to a venture capital group and was to be turned into an office, “it wasn’t easy with the restaurateur in me,” says Farah, who also owns by Sava and Adventura in Ann Arbor. She acquired the property, now known as The Dixboro House, in 2017 and set out to fulfill the vision that came to her the first time she caught her eye.

Area resident Jason Gold is also heavily involved in preserving Dixboro’s past while introducing new assets to the community. One day, as he was taking his kids out for ice cream at Dixboro’s Moonwinks Cafe, he overheard a conversation between customers about how to revitalize the greenery of the village. One idea that surfaced was a farmers market. Before he and his family got their cones, Gold had enthusiastically joined the conversation. This group formed the Dixboro Village Green, a non-profit organization that offers community programs and catering from school to an original village room.

The market began the following spring with seven vendors, all of whom sold in under two hours. In the years to come, the market would gain popularity. Today, it welcomes 15 to 20 vendors who set up on Fridays from 3 p.m. to 6 p.m. The market runs from Memorial Day to the week before Halloween. The Dixboro Craft Market joins the Farmer’s Market on the last Friday of each month. The Dixboro Village Green also hosts music events, an annual auto show, and a holiday market in December. The association’s efforts made it possible to raise funds to build a pavilion and put a new roof on the school, paint its interior walls and restore its belfry. The school bell now rings at the start and end of each market.

Given Dixboro’s reverence for history and its population of local artisans, Gold realized this would be the perfect location to open a craft school like the ones he and his wife had traveled to. Across the country. In 2012, they launched the Michigan Folk School, which offers classes ranging from blacksmithing and stained glass making to making your own spire or macrame hammock. 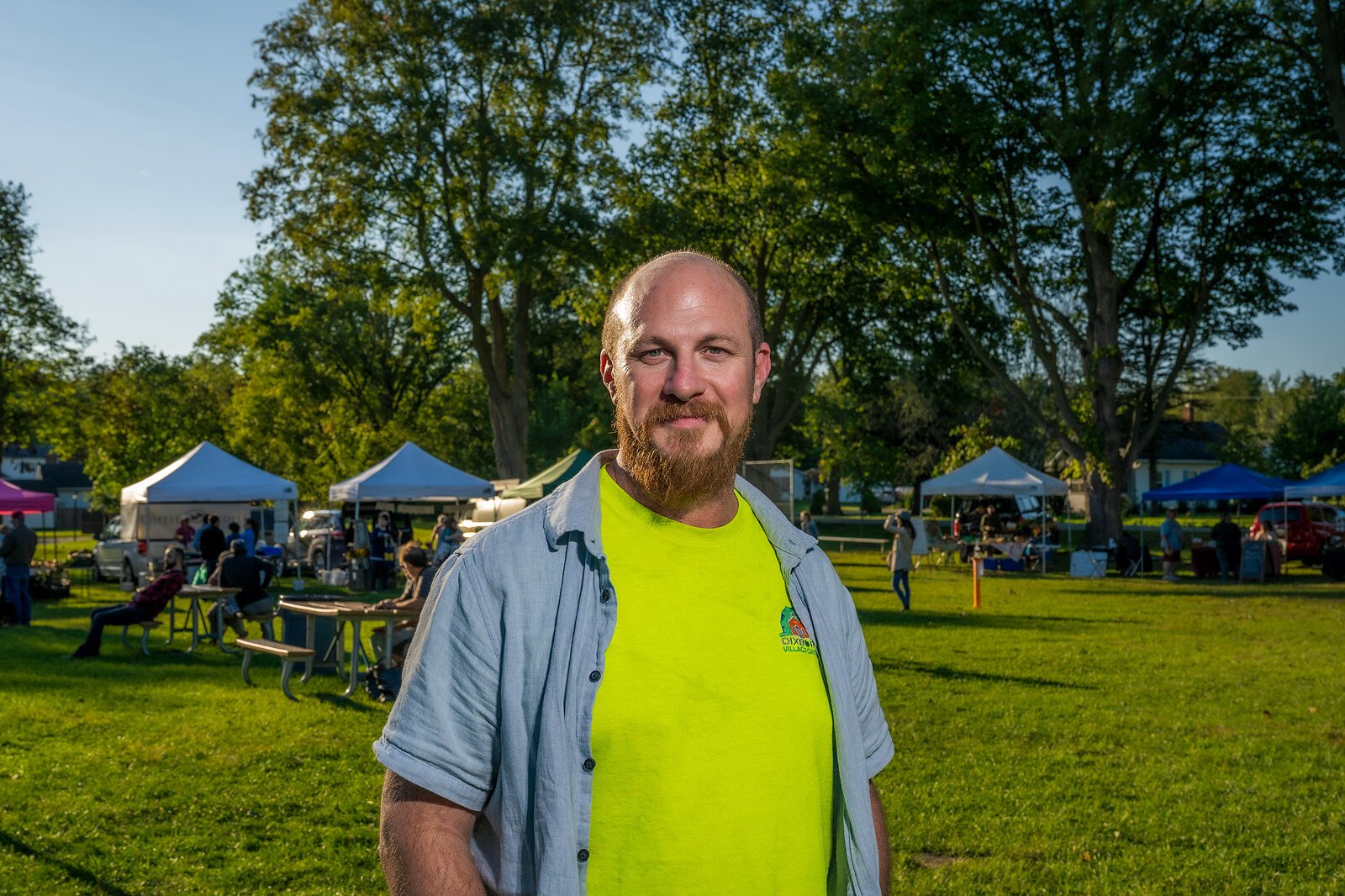 Jason Gold at the Dixboro Farmers Market,
“I feel privileged to be able to work with such creative and talented artisans who transmit the old ways of doing things mixed with a modern twist,” says Gold, who is himself a furniture maker and blacksmith himself.

Since the school doors opened, Gold has been joined by 27 other instructors. Michigan Folk School is now a partner of the Washtenaw County Parks and Recreation Commission.

There are more exciting developments in the future for the Dixboro area. The University of Michigan (UM) Matthaei Botanical Garden is not a newcomer to the area, having opened in 1962. But the garden, which is also a research site and an educational center, is also pursuing news. borders. As the team of new manager Anthony Kolenic develops a strategic plan, Kolenic looks forward to increasing the capacity of the gardens for formal and informal learning. He says the gardens are already engaged in food sovereignty and environmental justice initiatives, and he hopes to do more in that direction.

“We are also committed to deepening our work with our tribal partners and increasing visibility there,” Kolenic said. “We’re also committed to thinking about and more actively pursuing the things we can do offsite. Instead of bringing mostly learners and students to our site, [we’re thinking about] how we can engage with other communities – go where they are, instead of bringing them here. We are moving away from a ‘we serve the public’ modality to one where we co-create. ” 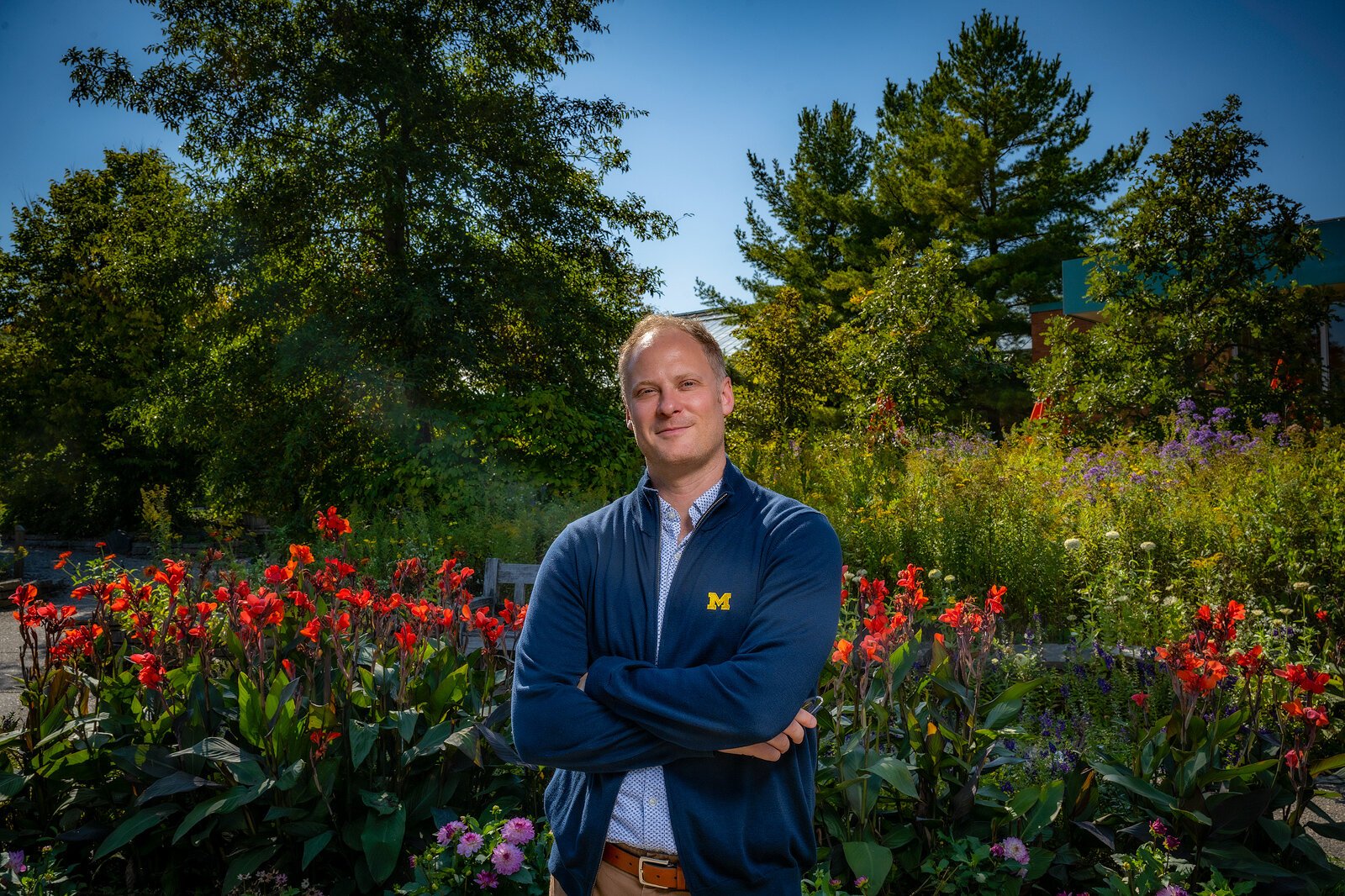 Anthony Kolenic, director of the Matthaei Botanical Gardens.
Back at the Boro, Farah is also thinking about landscaping and the next steps in her plan. Now that the restaurant is open, Farah turns to the entire Dixboro House property. A culinary garden is underway, as is a children’s play area and a restoration of a 1920s barn, which will be turned into a guest house. While we were talking, she was looking around the property for a good place to plant fig trees.

“I think one of the biggest blessings was that it took four years to open this restaurant,” Farah said. “It allowed us to connect with the land and the neighborhood and history, rather than just coming and building a restaurant and opening. We had time to settle in.”

With funds from the American Rescue Plan Act, the Township of Superior is also considering making new investments in the village. Schwartz says the township will invest in the school as a future pandemic center, filling it with personal protective equipment and turning it into a public health education center.

“If there is a health emergency of any kind, the one-room school would be the command center,” he said.

Schwartz also plans to install a generator at the school. Houses in the area have wells and there is no water or public sewer. A generator will allow people to come to school to fill five gallon buckets of water in the event of a power outage in the area.

The township is also examining options to expand municipal parking and add non-motorized trails. While Schwartz notes that the area is attracting interest from the business community, he says, “we will retain its village character for the foreseeable future.”

Jeanne Hodesh is a freelance writer based in Ann Arbor, where she covers small business, food and culture. She holds a Masters of Fine Arts from Hunter College. His essays and articles have appeared in Lenny Letter, The Hairpin, and Time Out New York, among other publications.

All pictures from Doug Coombe.